Sparking a Passion for Drama: Voices of FCS Alumni/ae

Jackson Greenberg ’08
Currently composing musical scores for movies and television; composed an original work that was performed (winter 2011-2012) by the Bratislava Symphony Orchestra

Terry had a huge impact on my life even though I never took a class with her! At the end of my junior year after a concert I played with the jazz band, Terry approached me and asked if I’d like to compose music for one of her plays the following year (Dracula). Up until that point I had never composed for anything other than one or two pieces for the jazz band. Terry took a leap of faith asking me, so I took a leap of faith and said yes… I’ll never forget that initial feeling of watching the audience while playing my music and noticing that they were not looking at me, but at the actors on stage. I felt like I was a part of something bigger than just my own musical expression and I really loved that feeling.

Essentially, it was the opportunity that Terry afforded me that proved to me that I could compose, and compose for drama. Growing up I was always a huge film buff but never really saw an opportunity into the field – working with Terry, and realizing the importance of the effect that music has on drama, showed me a whole new world, a world that I live in now and love living in now and probably would never have found if it had not been for Terry.

“Something I have grown to appreciate more as I’ve gotten older and made acting my profession is Terry’s focus on the experimental side of theatre.”

Something I have grown to appreciate more as I’ve gotten older and made acting my profession is Terry’s focus on the experimental side of theatre. I went to college for acting, and I think very few of my classmates had worked with companies like Pig Iron or picked a character from an Anna Deveare Smith play out of a hat to perform in front of the school. Girls were playing boys, boys were playing girls, black, white, Latin, Asian, whatever. We weren’t just doing Our Town year after year (although, they did do Our Town at one point, and it was beautiful). We were experimenting and going outside of our comfort zones and taking risks. Again, as a teenager this is not easy but I am so grateful that I started so early. It is this kind of training that allows people to grow into true artists and not just personality actors, mimicking performances that they’ve seen someone else do. So far, I’ve had a career that I am very proud of and I am certain that my love of the arts and strong work ethic started at FCS and in class with Terry Guerin.

Gabriel Bloomfield ’07
Pursuing a Ph.D. in English and Comparative Literature, specializing in the literature of Renaissance England at Columbia

What’s remarkable about Terry’s teaching is that she always treats her students as true colleagues. She never shied away from difficult material; she always assumed we were game for unconventionality, such as when she chose to direct Clare Booth Luce’s The Women as an Upper School play one year. Her dedication to freedom of thought and expression always made itself evident in her teaching and direction and was enormously empowering for me, and I think for a lot of other students… Not to mention that she’s an extraordinarily gifted theater artist. She made us feel that we were part of something truly impressive. Her friendship has extended long past my graduation. She attended plays I directed in college and has continued to offer much wisdom.

Julie Nathanson ’91
Actor for the past 18 years and a professional writer in the entertainment business; nominated for a Writers Guild Award in 2002; chosen as the new voice of Disney’s Princess Belle, voice-matching Paige O’Hara, who originated the role in the animated film, Beauty and the Beast

“Terry insisted that we familiarize ourselves with the entirety of theatre. Not just the acting spotlight, but the lights themselves. Not just taking center stage, but actually building the stage.”

In our senior year, Terry and Jim Davis chose Sondheim’s A Little Night Music; this show was not a safe, easy choice, but one that was musically complex with some rather mature relational themes. When I was cast as “Anne,” I remember feeling encouraged by Terry’s belief in my ability to handle it as an actress and singer. But Terry’s influence was so much more than the lovely shot in the arm of being cast in one of her shows. Terry’s deep passion for theatre, her ensemble-style teaching, and the forthright feedback she gave to students always gave us the message that we were all artists, each with our own fair chance to succeed in entertainment… Terry insisted that we familiarize ourselves with the entirety of theatre. Not just the acting spotlight, but the lights themselves. Not just taking center stage, but actually building the stage.

I found my old drama journal from senior year… a note from class reads, “Theatre is collaborative.” That’s a pretty important message to give high school students interested in real-life theatre. But, considering my own focus on voiceover, I found this passage pertinent, “I value [Terry’s] opinion so much. When she criticizes me, I take it seriously, not personally. So I was especially grateful for her input, praises as well as criticisms. Voice modulation is key, and I will work on this in the future.” Terry was right.

Terry was like a second mom to me. Her room was a place to sit and talk…she would go to bat for you for anything. I was never that interested in drama classes and wouldn’t have gotten involved if she hadn’t asked me. I was in A Lunch Line in 7th grade, and that’s the first time I recall being in a production and taking it seriously. I ended up studying theatre at NYU….Senior year (at Friends’), when I needed help with a part, she said, “You’re doing the performance – it’s got to come out of you; otherwise it’s me and it’s not going to feel natural.” She was always available and willing to go over and over something, and that helps you become confident on stage. Terry was very big on saying that everything was a work in progress.

Benj Pasek ’03
While a student at Friends’ Central, Benj Pasek ’03 says he wasn’t much of a planner. He knew he had creative instincts, but he hadn’t looked much beyond high school. Terry Guerin changed that.

“She definitely influenced what I went to college for – musical theatre,” says Pasek, now an award-winning, Tony-nominated Broadway composer. Pasek left FCS for the University of Michigan’s renowned musical theatre program – it was there that Pasek became good friends with Justin Paul, now his collaborator on a host of projects. Last July, Vanity Fair called Pasek & Paul “the heirs of Rodgers and Hammerstein.”

“She (Terry Guerin) definitely influenced what I went to college for – musical theatre,”

And last November, when Pasek & Paul made their Broadway debut as composers of the score for A Christmas Story: The Musical, Terry was there to see it. “I love Terry,” Pasek says. “She believed in giving people interesting, provocative, challenging work. She was giving us material that didn’t talk down to us – most drama teachers aren’t exposing kids to that. She was treating us as professionals when we were neophytes.”

“It was then that I started thinking about what theatre could be,” he says. Guerin helped by introducing FCS students to professionals working in the field, including actors at the Pig Iron Theatre Company in Philadelphia. “I have vivid memories of seeing Pig Iron actors working in totally different ways,” Pasek recalls.

In spring 2000, Pasek was in the audience at Friends’ Central for a drama showcase put on by Guerin’s drama students: Fires in the Mirror by Anna Deavere Smith. He remembers being particularly moved by the monologues of numerous people Smith had interviewed following violent racial riots in the Crown Heights neighborhood of New York City in 1991. Emulating her style, Pasek later visited many diners in Greater Philadelphia in 2003, to interview people about the Iraq war, which had just begun. Though it started as an English project at FCS, writing the monologues continued at Michigan as a college student.

Along with their Broadway debut in November, Pasek & Paul:

Pasek & Paul received three Tony award nominations for their work on A Christmas Story, The Musical, including Best Musical, Best Book of a Musical, and Best Original Score. They are currently at work on an original musical with playwright Steven Levenson. Read more at pasekandpaul.com. 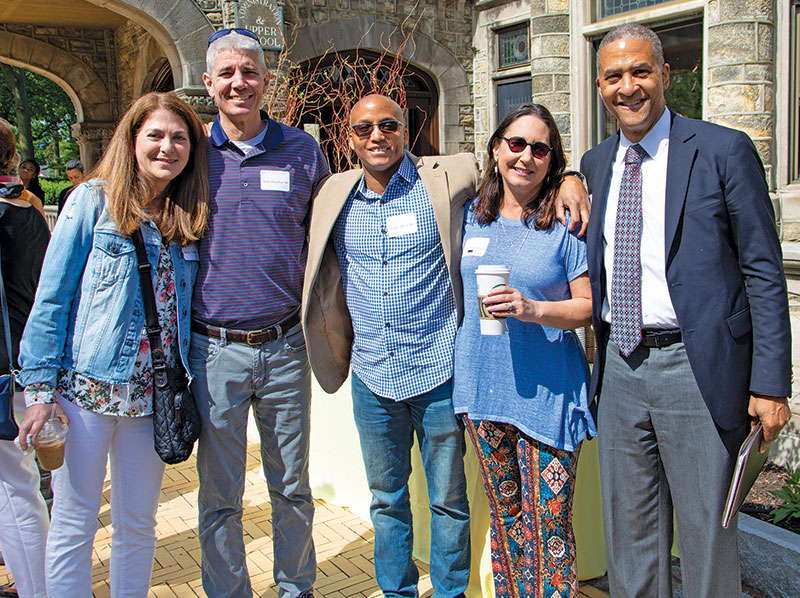 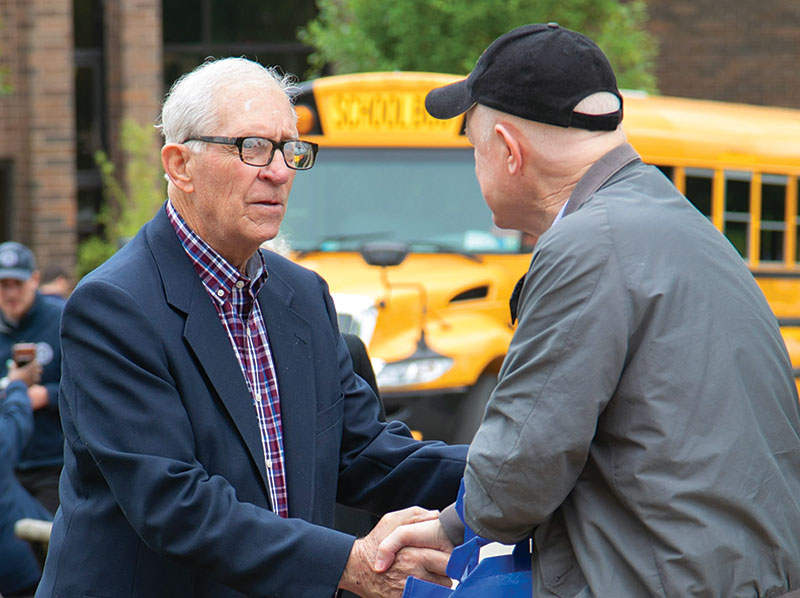 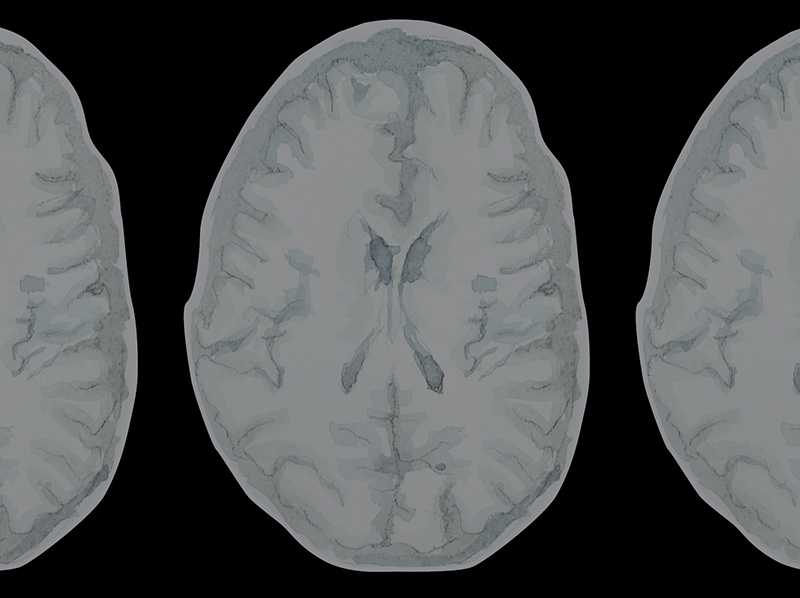 In April, our 2019 Distinguished Visiting Scientist Rebecca Saxe offered a deeply engaging lecture on Theory of Mind and the directions of cognitive neuroscience...