The Impact of the Fannie Cox Center

Alumni/ae Reflect on the FCC 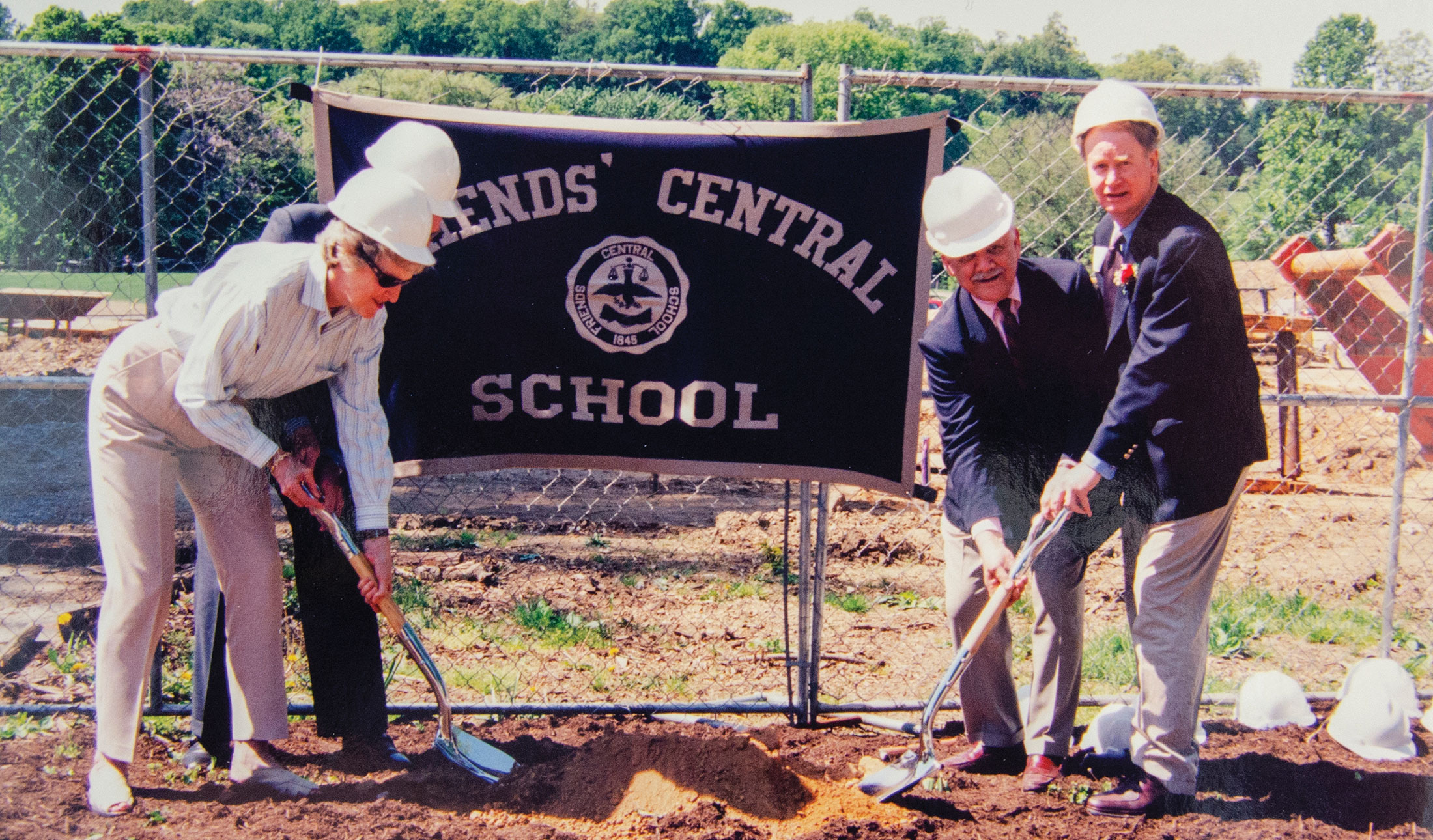 Alumni/ae reflect on the impact the FCC had on their lives and their academic and professional careers. Pictured in the hero image above is the Fannie Cox Center Groundbreaking ceremony including Debbie Hill, Peter Arfaa, and former Head of School David Felsen.

Sara Viola ’04 was one of the Fannie Cox Center’s inaugural students. “I was so lucky to learn in the FCC, which was on par with any state-of-the-art university facility for science learning and research,” says Sara, “But more importantly, I remember the wonderful teachers and mentors who brought the FCC to life. “I vividly remember learning about DNA, RNA, and encoding protein and musing about the way that molecules have evolved to do this complex thing. I found it beautiful and fascinating – it is the moment I fell in love with science.

“Friends’ Central provided me a really great foundation in molecular biology. When I got to Princeton, we had done so much already a lot of it was review. The quality of our science education was a cut above.”

Friends’ Central provided me a really great foundation in molecular biology. When I got to Princeton, we had done so much already a lot of it was review. The quality of our science education was a cut above.”

Sara left FCS believing that she would pursue a career in research. Now in her final year of specialty training in pulmonary medicine and critical care, Sara says her FCS education has served her in many more ways than science alone. In fact, it is her appreciation for people and relationships that diverted her from a career in molecular biology to medicine. Empathy and establishing good communication with patients and families in the ICU are priorities for Sara, and she draws a direct line between understanding the importance of an empathetic approach to her experience in Middle School.

Noor Beckwith ’07, Resident Physician in Psychiatry at Massachusetts General Hospital and McLean Hospital, recalls, “The FCC was a huge part of making me who I am today! I remember so fondly spending my free afternoons helping to curate John Gruber’s magnificent insect collection and learning about entomology and botany under his tutelage. And just being in the terrific learning environment the FCC provided for my science classes launched me into my further study of biology at Harvard College and then of medicine at Harvard Medical School. That brings me to today, where I continue my study of and work in (human) biology as a physician. Thank you, FCS, and thank you, FCC!”

Annie Sprogell ’08 did not think of herself as a “big science person” while at Friends’ Central – not until junior year when she took Bio I advanced with Melinda Yin.

“It was one of the hardest classes I took, but it was so interesting it never felt like work. I remember learning about red blood cells and thinking how incredible it was that my own cells were doing that same thing inside me.”

During Annie’s senior year, she took Bio II and participated in the Annenberg Symposium at Lankenau Hospital, a research experience FCS students continue to enjoy. (See facing page for details.)

Annie went on to Princeton knowing that she wanted to combine two interests: English, which was her major, and the science necessary for medical school. As Annie reflects on her FCS preparation, the creativity of thinking and freedom to think for herself stand out. This, in combination with exposure to literature and laboratory experiences, set her apart from her classmates.

As she reflects on this choice, she says there were times she felt split between two worlds, but believes her course of study made her a “fuller” person. Now in a family practice residency at Abington Hospital, Annie says that her love of English and the skills she honed in that major are really important to her practice.

“Seventy-five percent of being a doctor is engaging on a personal level with patients, listening carefully, inferring meaning from the facts they share, and trying to imagine the rest of their story,” she says.

Annie started her career believing that she would practice rural medicine. After two years in the Maine countryside, she found she missed the size and diversity of populations she had been used to. Now at Abington Hospital, a place she says is a “cool combination of community and big city hospital,” Annie seems to have found an environment of intellect and caring reminiscent of FCS, a place she remembers with fondness and appreciation.

Max Gilbert ’09 writes, “I work for Culture Biosciences, a biotech startup building automated bioreactors that run in the cloud, helping customers scale production and get to market faster. I remember coming in on weekends to meet Mrs. Callaghan to work on my science fair project. There was such cool lab equipment we had access to that we didn’t use in normal classes, but I learned to use for my project (gas chromatograph, rotary evaporator, etc.). She really nurtured my curiosity and love of science, even taking her own weekends to come work with me, which had a big impact on where I am today.”

Alex Kleiman ’11 reports, “I have so many fond memories of time spent in the FCC. Freewheeling math classes with Mr. Morris, after-school mock trial practice, chess during free period, and exciting chemistry experiments are but a few of the reasons that I so warmly remember my experiences in the FCC.

“I’ve always been interested in computers, but it was learning about hardware and assembling a computer in class which demonstrated the extent to which school could be a vehicle to pursue such an interest. Driven by a desire to continue learning about how computers work, I decided to take a computer science course my first semester of college. Now, seven years later, I’m working as a software engineer in Silicon Valley.”

Dan Stadtmauer ’13 looks back on his FCS education with affection. He says the science curriculum was phenomenal, but it may have been the wealth of opportunity outside the classroom that shaped his experience most profoundly. Currently a Ph.D. candidate in evolutionary biology at Yale studying the evolution of pregnancy in mammals, Dan was first introduced to the field while at FCS. He participated in the Science Core Team in each of his four years. In fact, he says that his exposure to the work of Harvard scientist Hopi Hoekstra was instrumental in his decision to enter this field of study. Looking back, he finds it extraordinary that, as a high school student, he not only studied but had the opportunity to interact with scientists at the top of their fields.

“I was thrilled by the chance to connect with these potential role models and find out what being a scientist is really like.”

Entering his first science classes as a Yale undergrad, he found that experience reading and understanding scientific literature at FCS prepared him well.

Dan also appreciates the substantial laboratory and research space FCS offers its students. All science students participate in extensive labs. For those who are interested, there are possibilities for additional independent research or research assisting an FCS teacher in their work. Based on his passion for the topic, Dan took part in a research project on the evolutionary genetics of moths with John Gruber. The fact that FCS has the teaching and research space and the teachers who are ready to to offer such a high-level experience here on campus is, according to Dan, really important.

A third formative opportunity came via the Upper School’s STEAM team. He remembers the group having a great time, “coming up with cool engineering ideas to make the School a better place.”  During his senior year, they decided to enter and won a national challenge sponsored by Verizon. What he remembers most vividly is that the group had opportunities for different kinds of people to excel. For example, Dan contributed by writing the successful proposal and giving a speech about the project at the competition in Florida!

Though Dan is immersed in the world of science, he is quick to point out how important the high level of reading, writing, and thinking that was expected across his classes was to his preparation. Perhaps most importantly, Dan says he appreciates the values inherent in the philosophical grounding he received at FCS. He appreciates that at Friends’ Central one learns the importance of being a good person. “Not everybody gets that.”

Emily Pillet ’14 is a Ph.D. student in biochemistry and molecular physics at the University of Pennsylvania. She writes, “When I was working in Mr. Gruber’s lab, looking at the phylogeny of species within the nemoria genus, I was terrified of even touching a micropipette, let alone aiding in the experiments. To this day, I still remember spending an hour with Mr. Gruber in his office, going through an online step by step walkthrough on how to pipette and how to perform a PCR protocol.

“One of the most incredible and rare features of Friends’ Central is the sheer number of teachers who show you how much they care about your motivation to succeed and be enthused by the academic world, and the means by which they show that care. The resources and the introduction of laboratory protocols, all of which give me such fond memories of being in the FCC during and after school, were some of the most important advantages when I started my undergraduate career. I was one of the only students in my freshman biology major cohort who had begun to develop proper laboratory etiquette. This led me to enrolling in a competitive summer research program in my undergraduate freshman year, and every opportunity from there propelled me to the next one.”

The resources and the introduction of laboratory protocols, all of which give me such fond memories of being in the FCC during and after school, were some of the most important advantages when I started my undergraduate career.

Annie Kennedy ’16 writes, “In my senior year of high school, my Bio II class did CRISPR CAS9 in lab. We chose a procedure as a team, tested different options (in vitro vs. in vivo), and discussed the ethical implications of gene editing. Like all of my science experiences at FCS, the focus went beyond the nuts and bolts to the nuances of the application. In the classroom, we were always pushed beyond the information we were presented in textbooks. A couple of years later, I was in an interview for a research position at Penn Med which I never thought I would get, and I mentioned casually that I had done CRISPR in high school. The PI’s eyes lit up; she brought in a colleague, and they asked me all types of questions about it. This interaction really made me appreciate the cutting-edge science that FCS was incorporating into the classroom and how rare it is to experience that so young. I got the job and am pretty sure CRISPR had something to do it!”

Will Pearson ’16, currently at Drexel University studying graphic design, remembers, “When I was a Junior, we first got the Makerspace. I cannot express how much that space helped me grow and realize my passion for design. To be able to have access to those tools and teach myself how to use them was invaluable.” 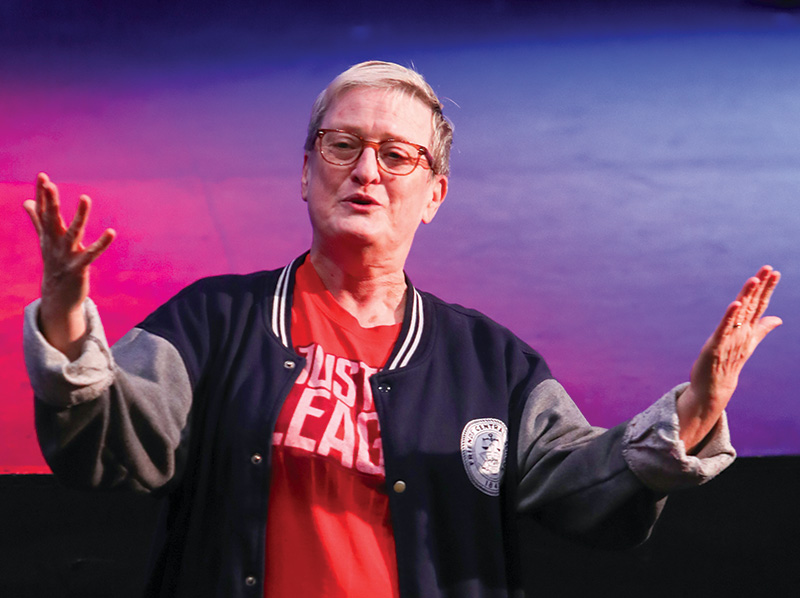 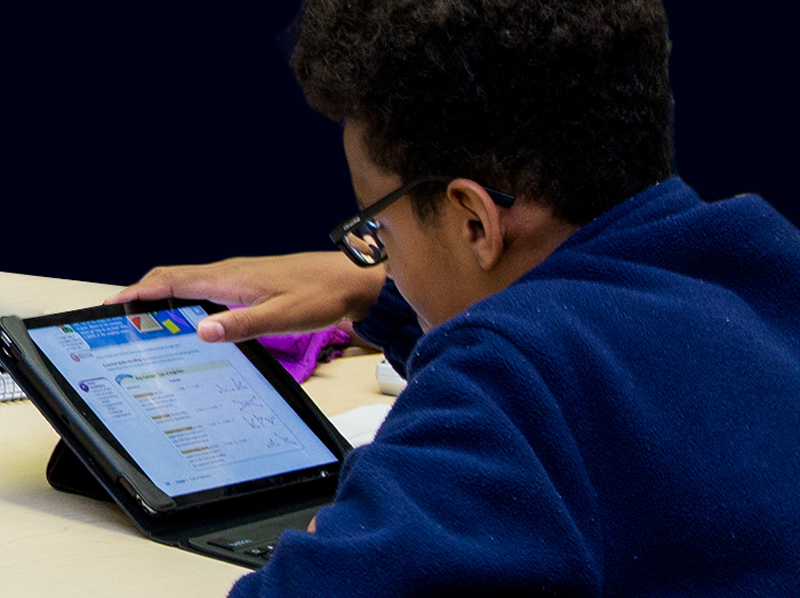 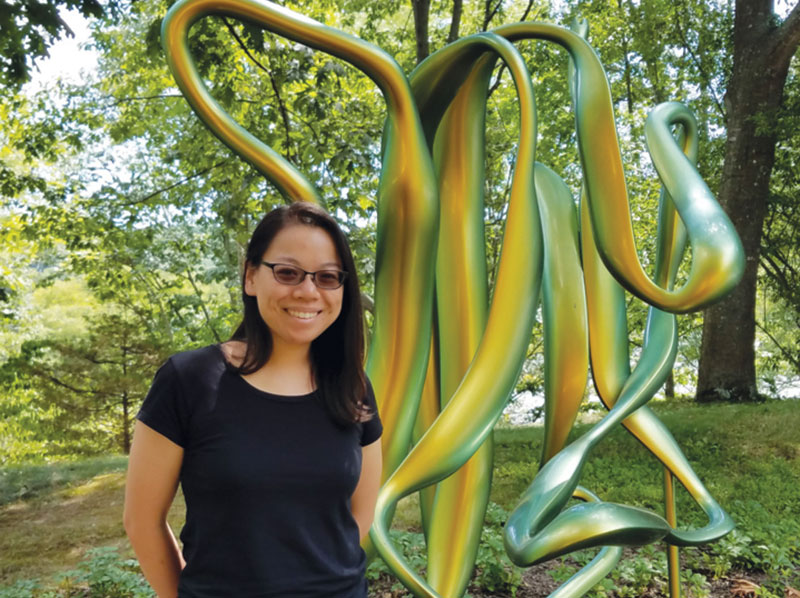 For many Friends' Central teachers, summer is not simply a time to get some rest and prepare for the year ahead, it’s also a learning opportunity. ...