Several years ago, Middle School history teacher Jebb Chagan changed the curriculum of his sixth grade history class with the aim of taking a wider, less Eurocentric, look at the world – more reflective of the students that are in FCS classrooms. “We’re trying to take our kids through the continents,” he explained. “We start with Latin America and work our way over to Africa, and then we try to make our way into South Asia and the rest of Asia.” The course covers a variety of countries and regions on each continent.

Jebb has been welcoming several parents with international backgrounds to his classes as part of this World Cultures and Human Geography course. “Bringing guest speakers into the classroom has enhanced the learning,” he explained. “It has allowed us to make connections to real-world events and many different cultures. It’s also a wonderful source of pride for students to have family members come in and share some of their lived experiences.”

Last winter, the father of Aleem Castillo-Gambardella ’26, Roberto Castillo Sandoval, visited the Middle School. Author, translator, and professor in the Department of Spanish at Haverford College, Mr. Castillo Sandoval is originally from Chile. During the dictatorship of Augusto Pinochet, he took part in peaceful demonstrations against the regime. He visited all three of Jebb’s classes in person and held informal Q&A sessions with the students, sharing his experience growing up in Latin America. Using virtual reality headsets from our technology department, students were able to visit the square where he had protested.

The father of Kareena Mathur ’26, Anurag Mathur, was also scheduled to visit Jebb’s classes in the spring, just a week after the pandemic forced the School to transition to Virtual FCS. Mr. Mathur, who works at Google, was born in Iraq and grew up in Tanzania, Malaysia, and Liberia, before moving to the US for college. His current job typically involves a great deal of travel.

It was important to Jebb that the students didn’t lose out on the visit by Mr. Mathur. “We try to create opportunities for our students to have a personal connection to the curriculum and to real world events,” Jebb shared. “We do that anyway in our classrooms, but we have an added challenge when the learning is virtual.” The teachers had received some great training before embarking on Virtual FCS, said Jebb, “Our learning continues just as students’ learning continues.” Going virtual, and the technology involved, had some benefits when it came to guest speakers who may not be local.

To prepare his students for guest speakers – virtual or in-person – Jebb asks the speakers to submit an informal bio, which he shares with students so they can formulate questions that dovetail with their studies of the countries in question – for example, about the culture and political systems of that country. For Mr. Mathur, Jebb helped students generate a list of questions, and Kareena herself brought those questions to her father in an interview, recorded asynchronously.

Mr. Mathur began the interview by describing his upbringing in various countries. His father was a university professor who took teaching jobs around the world, bringing his family with him. Mr. Mathur answered questions about the differences between his own education and that of FCS Middle Schoolers.

As a class, the students had been examining how colonization and poor leadership can have a negative impact on people’s lives. Kareena asked her father what role he felt a government should play in education. Mr. Mathur responded, “In many countries, the government plays a much bigger role in the education system – which textbooks everyone will use, in particular.” This, he explained, can have a negative impact when, for example, history as described in the textbook could be edited by a president who might choose to remove pieces of history they didn’t like. In his own education, Mr. Mathur’s school would sometimes be forced to seek other sources of information – listen to the news, read other books from around the world, etc.

The video of his interview generated an ongoing dialogue for Jebb’s students, where kids were asked to comment on the conversation. “The goal is for the kids to think deeply and critically and have honest conversations,” explained Jebb.

Asked about the challenges of the spring, Jebb wanted to express, on behalf of the Middle School faculty, how proud they all were of their students and how grateful they were for the support from FCS families. “We couldn’t have done it without our students and families,” he said. Although the switch to a virtual world hasn’t been easy, he felt that a lot of learning was still going on – particularly real world learning, with students being asked to manage their time in a way they hadn’t before, as well as to reach out for help. “Students really grew as young people in some ways, and they prepared themselves for future learning.” 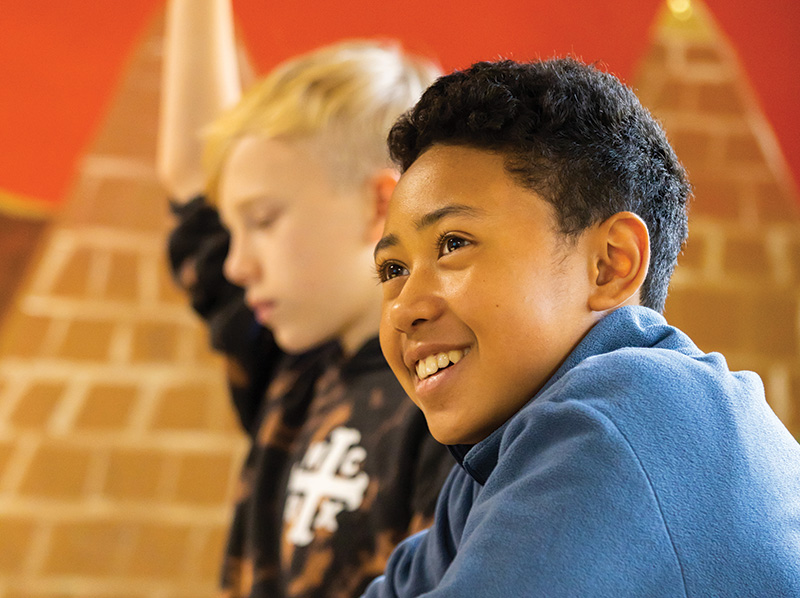 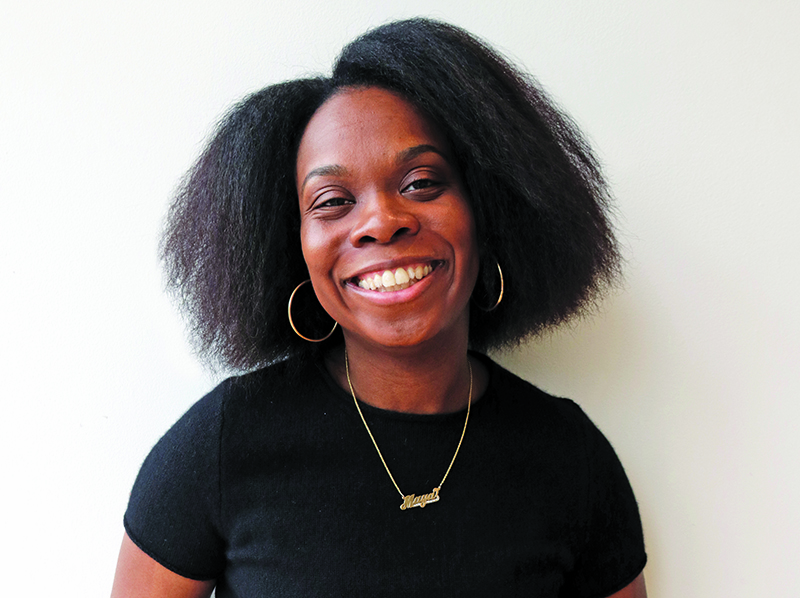 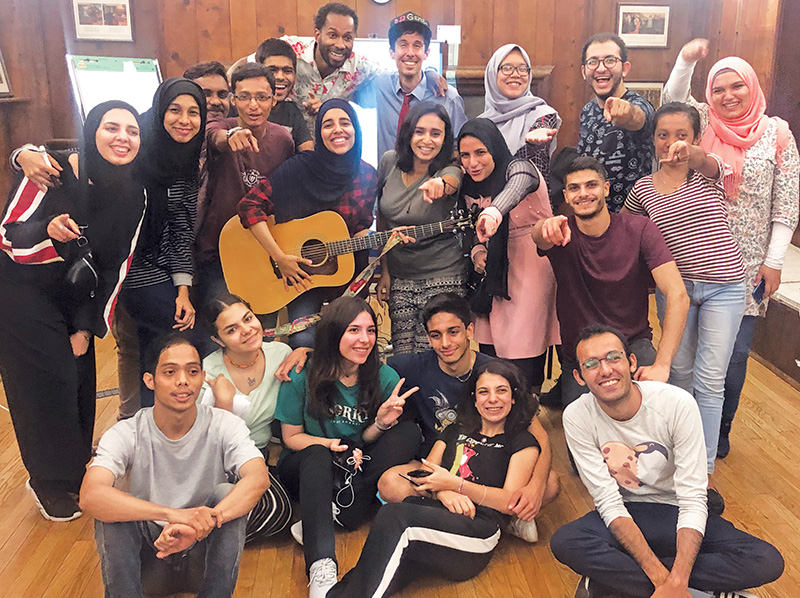