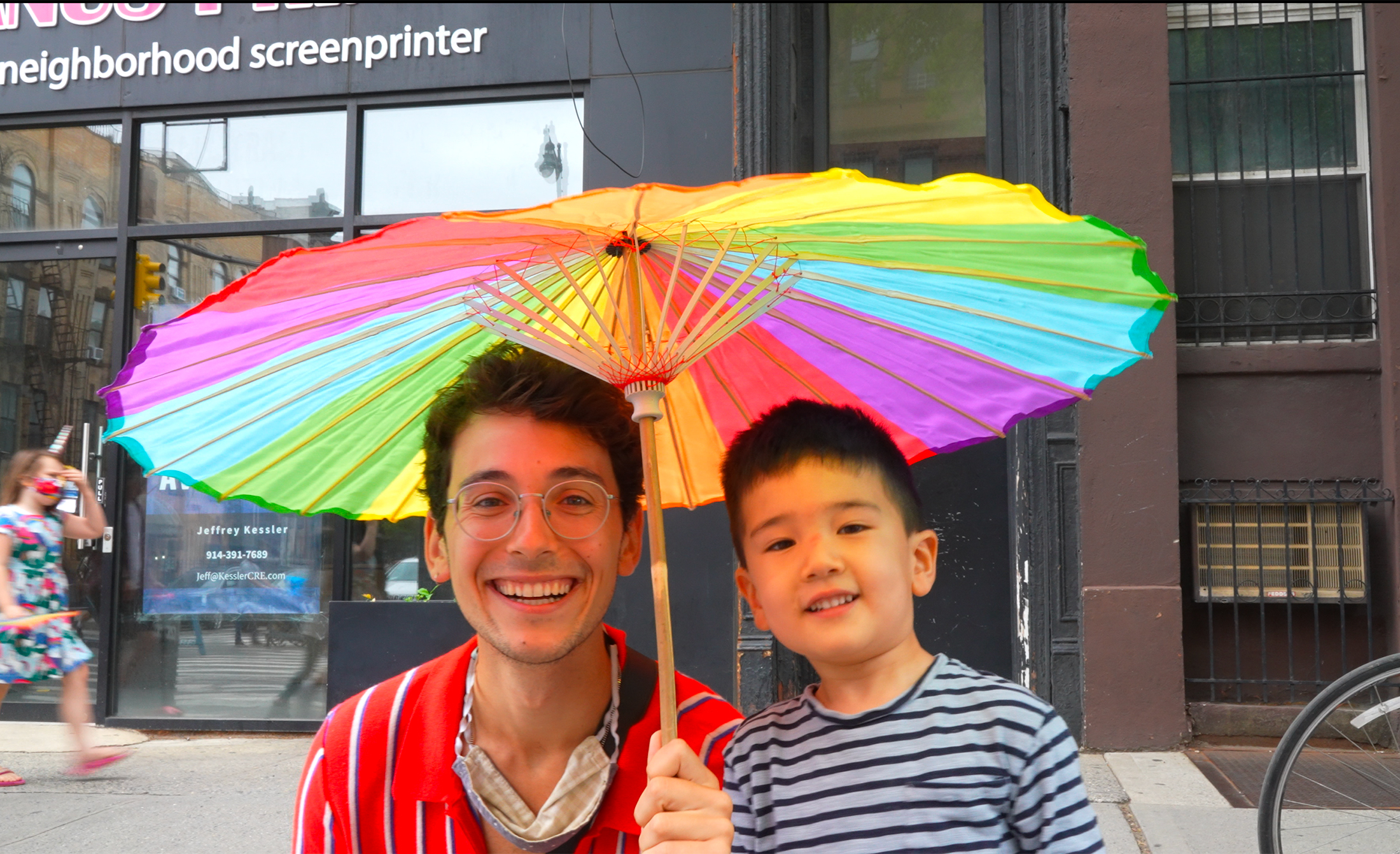 Just graduated from college, Julian Shapiro-Barnum ’17 has his own online show, Recess Therapy, which was recently featured on Upworthy and now has close to one million followers.

Recess Therapy, released via a weekly YouTube video and several weekly social media posts, consists of Julian himself interviewing children on the streets of New York, getting their take on a wide range of subjects from movies, animals, and jazz to more profound topics such as climate change, life after death, and the meaning of life. His natural approach to talking to children generates insightful and often very funny interviews that have captured a great deal of positive attention.

Julian attended Boston University’s School of Theatre, graduating in the spring of 2021. “It was a lot of hard-core acting training that was really challenging and a lot of fun; and then the pandemic hit and my entire senior year was online,” he said. “I was minoring in film and television. Once the pandemic happened, there wasn’t any theatre, so I got really into telling stories through film. I had copious amounts of time to mess with cameras and learn how to tell a story through that medium. That brought me to what I’m doing now and has become my main job right at the moment.”

Julian created his first Recess Therapy episode as part of his senior thesis. “The piece I decided to do for the ‘Historical Figure’ aspect of my thesis was children. My friends and I were so tortured by having to be inside so much that we’d be at the playground all the time, and we got really used to seeing all the neighborhood kids. They always seemed so happy. We were all so miserable, and they were in a similar situation to us, all doing online school. The first hot day, I suggested we talk to them to see how they were able to keep such a positive outlook.”

Julian’s friend Charlotte Weinman grabbed the camera, and they spent an hour or so interviewing children with their parents’ permission. “It was so cathartic,” he said. “They were also unhappy but had better coping mechanisms than we did. They could be really sad, really angry, but also put it aside and play – something that I have a hard time doing. If I’m feeling something, it goes into all areas of my life. I remember walking home and thinking, ‘Whoa – that was very therapeutic.’ And that was the beginning of Recess Therapy.”

“I’m trying to curate a brand that is positive and uplifting, and I think I’ve stuck to it,” Julian said. Within the space of six months, Recess Therapy has become a well-oiled and professional operation. Initially, Julian did all the editing himself, but he now has an editor, Will Halbert, to help. Generating one episode each week, Julian and friend Julia Ty Goldberg film for five or six hours, doing between 16 and 25 interviews, and Will then edits the footage. “We’re at the point where I don’t have to make that many edits. Will knows what I’m looking for,” he explained.

It has become much easier for Julian to find willing interviewees, as he is now recognized by many parents on the streets of New York, and he has generated trust with his respectful approach. Once he establishes contact with the parents and has their permission, he talks directly to the child while they walk to the filming spot to create a comfortable, easy space that’s just about the conversation. Julian and Julia, behind the camera, have established non-verbal cues to keep the subject from feeling self-conscious while being filmed.

Although the show is uplifting and often funny, Julian and team are sometimes surprised by the profound reactions they get from certain interviews that touch people in unexpected ways. One interviewee, for example, expressed how the movie Dumb and Dumber really scared her, and many followers responded that they remember been scared themselves by certain movies and hadn’t felt that they could talk about it.

“Recess Therapy is a way for Julian to be his charming self. One of his greatest gifts as an actor at Friends’ Central was sharing his joy of storytelling and performing on stage in character. He always had ideas about how to make his own statement, how to utilize his art, and you see that in Recess Therapy.”

Reflecting back on his time at Friends’ Central, Julian feels it was integral to his what he does now. Former FCS drama teacher Terry Guerin, he said, “trusted me and gave me a chance, which so rarely happens in the professional world. She gave me so many opportunities and was so encouraging of all the weird, artistic things I wanted to do, in a way that a lot of people haven’t been. I’m very appreciative of her continuing support. Similarly, with Al Vernacchio and the GSoA (Gender and Sexual Orientation Alliance) – Mr. V. encouraged me to take the reins. There were so many opportunities at Friends’ Central where teachers were willing to give me that chance. I don’t feel like that has happened so much since then, but those experiences have helped me create my own chances.”

“Recess Therapy is a way for Julian to be his charming self,” said Terry Guerin. “One of his greatest gifts as an actor at Friends’ Central was sharing his joy of storytelling and performing on stage in character. He always had ideas about how to make his own statement, how to utilize his art, and you see that in Recess Therapy. He really turned in some amazing performances  – a peak one for me was when he played Prior Walter in Angels in America. He was only a sophomore at the time.”

Along with Recess Therapy, Julian has been doing other creative work, with a particular interest in comedy writing and stand-up. The show has provided him with considerable visibility, and it gets shared by a lot of people. “The recognizable aspect of it is funny. It hasn’t super-changed my day-to-day life,” he said, “but people do get excited when they see me on the train, which is weird.” Living in New York, he feels fortunate to be in contact with other people in the comedy field. For now, Julian feels there’s so much more to explore with Recess Therapy. “This job makes me so happy, and I feel so lucky that I get to spend so much time doing it.” 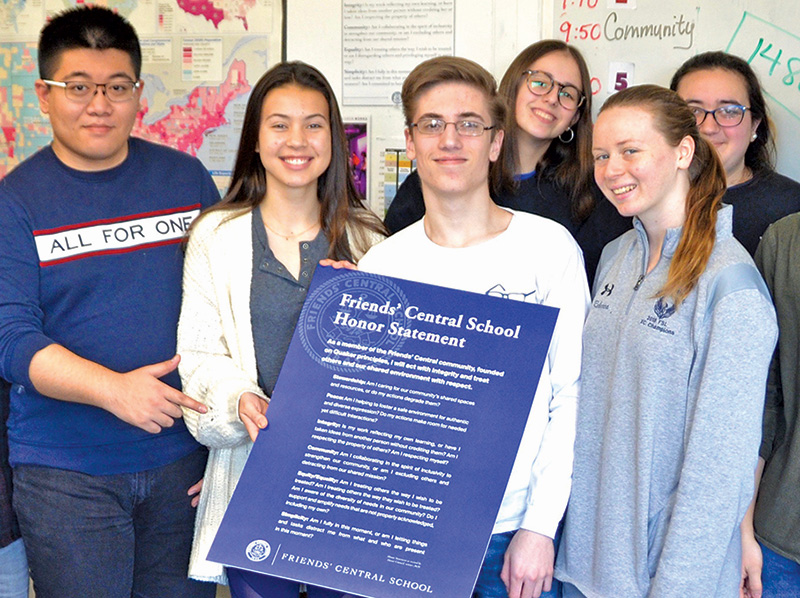 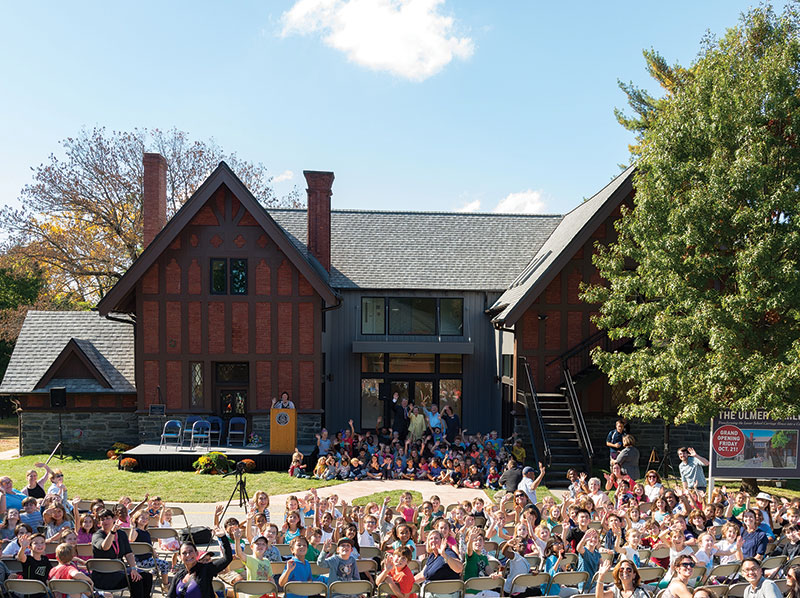 Friends’ Central unveiled The Ulmer Family Light Lab, a cutting-edge facility dedicated to creation and innovation for students in Nursery School through grade 5.... 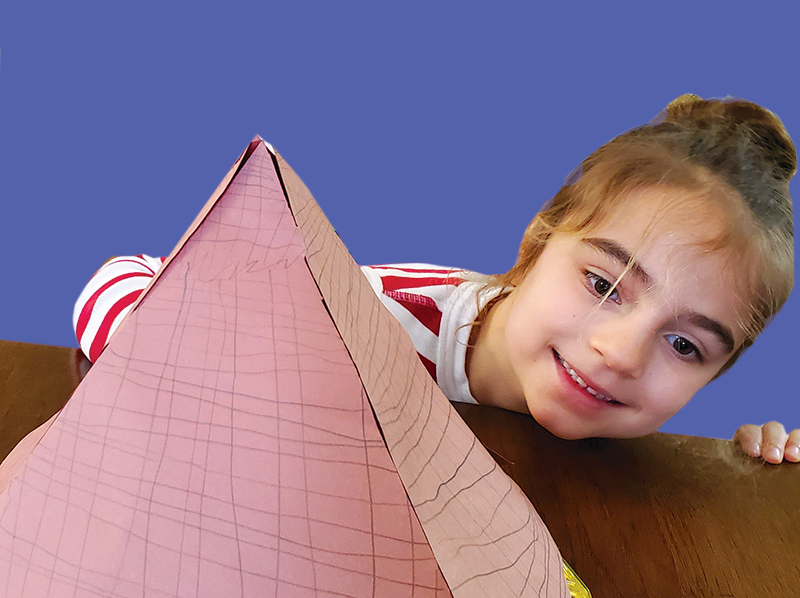