An FCS Sophomore Conducts His Own Experiments

Friends’ Central Sophomore Rupert Bowen is conducting an independent experiment building cathode-ray tubes in an FCS chemistry lab. It’s a project he himself devised, and he’s exploring it with the single-minded passion and focus of the truly intellectually curious.

“I love understanding things,” said Rupert. While watching TV one day, he found himself thinking about how it worked. A natural engineer, he had a general understanding of the mechanism of transistors, LEDs, and LCD displays. “And I thought, that seems pretty straightforward, and then I got really curious about how old televisions worked. I spent an hour down a Google rabbit hole, and I decided I wanted to try and mess with cathode-ray tubes.”

He emailed his chemistry teacher, Phyllis Hanson, PhD, to see if Friends’ Central had something approximating a cathode-ray tube so he could see it in action. “There wasn’t one, so I decided to build my own,” he said.

With a cathode-ray tube, “you create a vacuum inside a glass tube, and you have super-high voltage, causing electrons to jump from the anode to the cathode,” Rupert explained. “This creates streams of electrons, which are called cathode rays. They can flow freely because there’s no air to disrupt their path.”

“To build my own cathode-ray tube,” he continued, “I started with a plain Erlenmeyer flask, but I eventually switched to a filtering flask, because it has a little nozzle on the side that I can pull the vacuum from. I’m doing this in an FCS chemistry lab, using the vacuum pump that’s there. It’s really great to have the equipment I need available at school.”

Rupert has a more rudimentary set-up in his basement at home where he can conduct some weekend research, but he’s doing the more developed experimentation in the FCS chemistry lab, under the watchful eyes of Phyllis Hanson. “Dr. Hanson’s been there every step of the way, mostly to remind me about safety!”

He finds whatever time he can during free blocks and study halls, and occasionally, after a hurried lunch, to immerse himself in his cathode-ray tube experiments.

“I’m interested in how cathode rays deflect when you put them in a magnetic field or an electrostatic field,” Rupert said. “You can use either magnets (how televisions worked, creating a magnetic field using a coil) or electrostatic fields, by placing high-voltage plates next to each other. What that does is to accelerate the electrons in a direction, then you can deflect them to create pictures. You’re moving the electrons fast enough to create images.”

“You can’t see cathode rays unless there’s air in the tube,” Rupert explained, “which generates a purplish glow because you’re creating plasma (glow discharge formed by the passage of the electric current in a low-pressure tube). But if you create a real vacuum, you’re not going to see anything, so I had to put a zinc sulfide layer at the bottom of the flask. If I do get cathode rays, it essentially lights up.” And he has managed to generate cathode rays to light up the bottom of the flask.

Rupert’s making progress. “I’m on the verge of getting a focused beam, and that’s when I’m going to play around with deflection, which I’m super excited about. I’m not going to be able to get any high resolution images. My end goal is to generate a straight line using a high voltage AC electrostatic field. If I am able to create such a line, I may be able to generate a very basic oscilloscope that illustrates the voltages, using charged plates and probes. The issue is I don’t know how high-voltage of an electrostatic field you actually need to get decent deflection, so that’s going to be a lot of experimenting.”

“Rupert is the most proactive student I have ever encountered. He has an integrity and dedication to his work that is amazing and inspiring.”

To help him achieve his goal, Rupert’s been studying the work of various scientists behind the early cathode-ray tube technology. In particular, he’s been reading some of J.J. Thomson’s experiments (British physicist and Nobel Laureate credited with the discovery of the electron, the first subatomic particle to be discovered). Phyllis was proud to be able to lend Rupert some books that belonged to her father on these scientists from the turn of the 20th century.

In speaking to Rupert, it’s clear that, in just a few months, he’s made great strides. Through his own initiative and experimentation, he’s learning so much and applying hands-on technology far beyond what you’d expect to see in a high school science lab. He’s a young man destined to go far.

“Rupert is the most proactive student I have ever encountered. He has an integrity and dedication to his work that is amazing and inspiring,” said Phyllis. “In a short time at FCS, he has captivated the attention of many of his classmates through his research and generosity of time; he shows remarkable ability to teach and share his enthusiasm for his research. His positivity and humility allow him to fully explore the science he is so interested in. I am honored to have had the opportunity to give him his own personal research space in the FCC (The Fannie Cox Center for Science, Math, and Technology) which he has used with the utmost professionalism.”

Update from Rupert in March 2022: “Recently, I managed to use basic electrostatic focusing to get a clear dot under low light levels (see image). It’s the exciting next step for this project, and I’m going to begin deflection as soon as I can establish consistency.”

In addition to his cathode-ray tube building, Rupert Bowen and fellow sophomore James Heller are working together on another independent science project in an FCS biology lab, exploring decellularization in plant leaves.

Decellularization is the process used in biomedical engineering to isolate the extracellular matrix (ECM) of a tissue from its inhabiting cells, leaving an ECM scaffold of the original tissue.

The project began for James and Rupert as a lesson in their chemistry class, where they were partners in a food science project.

“We were interested in lab-made meat, which is created mostly through decellularization, where the decellularized structure is used as a scaffolding – whatever is left of the plant – to grow new animal cells inside the decellularized leaf,” explained James. “It has the potential to be used to grow artificial meat or turned into prototype artificial organs, which is the coolest thing ever!” said Rupert.

They decided they wanted to independently study the process of decellularization. With the assistance of Upper School science teacher John Gruber, they are experimenting with celery and ficus leaves under different conditions – in an enclosed shaker plate, an open shaker plate, pre-frozen, and at room temperature.

They are already seeing some results. “At this point, the celery is entirely decellularized. The ficus leaves are moving very slowly, but hopefully we’ll get them to the same point as the celery, where we can see through them and observe them,” said James. “We want to take a sample of the finished structure and put it under a high-definition microscope to get a really good, up-close look at it,” added Rupert. 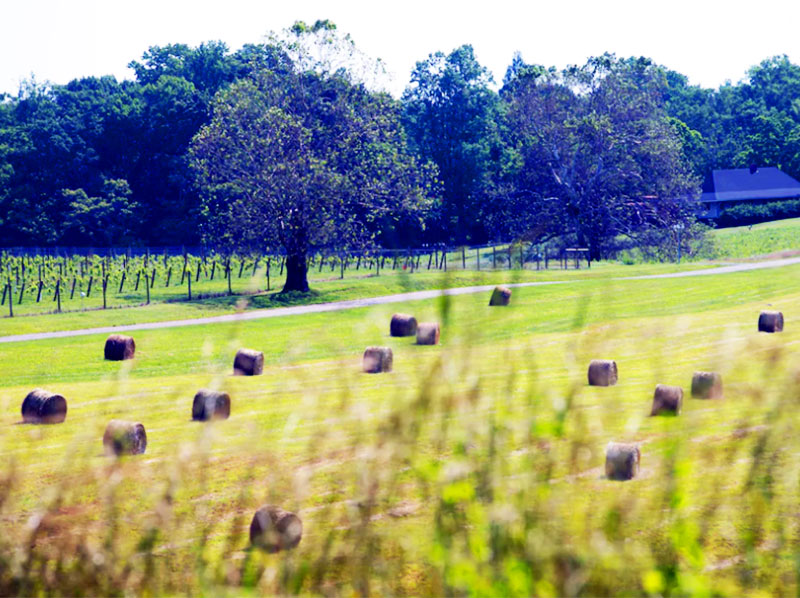 Since the beginning of the 21st century, college-bound high schoolers have increasingly favored larger urban universities. Perhaps the COVID-19 pandemic will moderate tha... 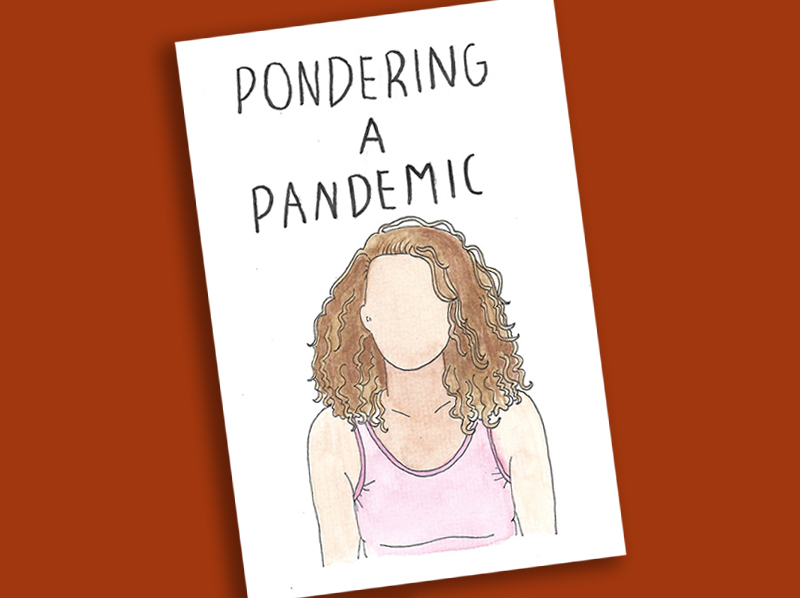 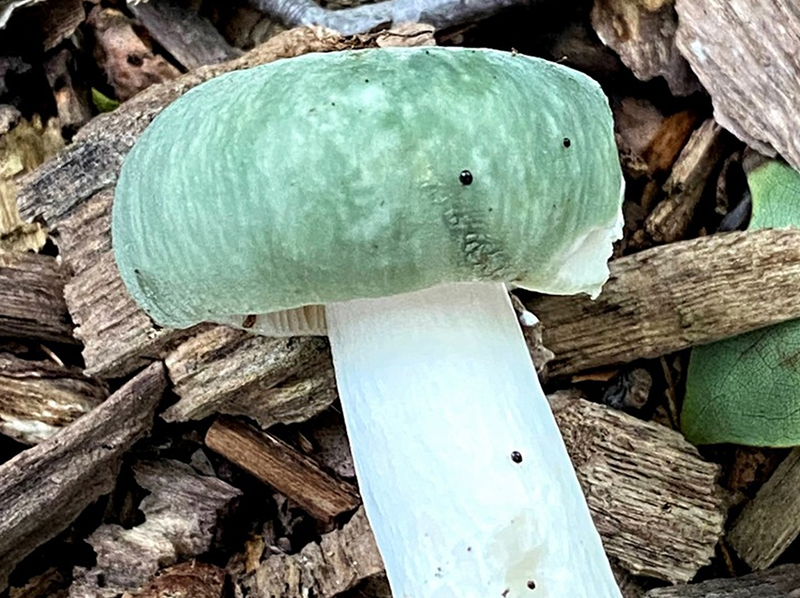